We’ve been waiting for a couple of months now to determine whether the Rhode Island Red chicken we bought at the end of January is, in fact, a hen. She was sold to us as a hen, but we always wondered. Last weekend he heard a distinctively different sound from the chicken coop and wondered if this was in fact the moment of truth: a proto crow? But no, nothing since.

So, here is a list of observations that make us suspect that “Rose” is either Rooster, or Hen: 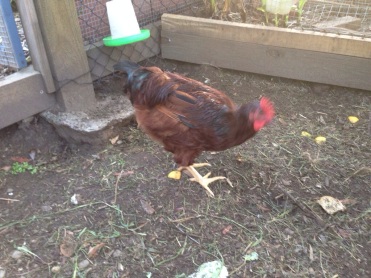 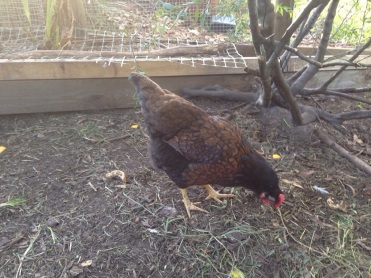 Totally puzzled on this one. It’s very annoying to have to return a rooster and exchange for a hen – we will need to introduce two new hens at once, and we are attached to our odd little Rose. Matilda and Rose are BFF at the moment. So sweet! And yet … to be raising someone else’s rooster for them is a bit galling too! And we aren’t getting any eggs from her, meantime … *sigh*. 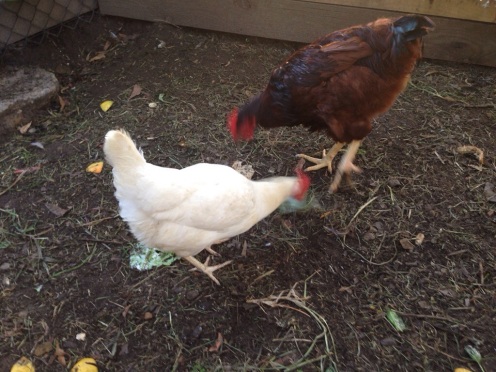 The competition: Matilda, and ‘Rose’ 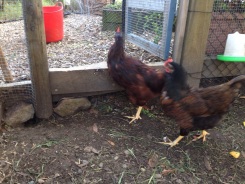 Rose is slightly more upright here than Harriet, but then again, she’s jumping out the door. 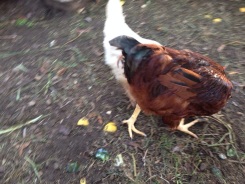 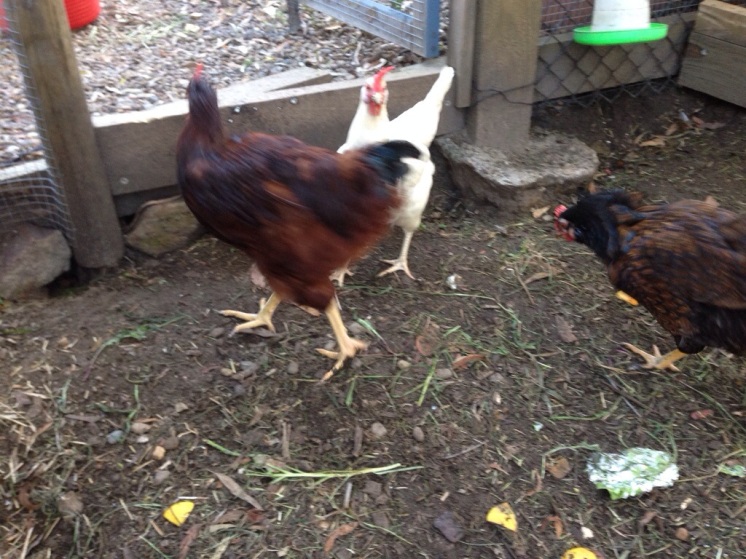 Rose, being chased off by Harriet

I think I might have to shoot this one out onto the Backyard Chickens forum. So far my best guess is that we have a Rooster who thinks he’s a Hen. Trans-gender chookie? What’s your guess?

Update: It’s unanimous! The folks at Backyard Chickens say it’s a “he”.